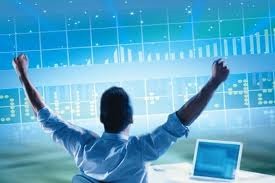 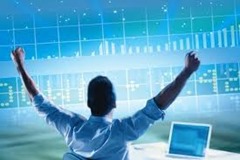 Micro-Cap Market Report: January 6, 2014 – Micro-cap stocks, the clear winners for 2013 (you can see the results below), came out of the gate a bit slow… and another holiday-shortened week was not the start to 2014 those looking for a sequel to 2013 were hoping for.

Due in large part to a big tumble on Thursday, all three major U.S. indices closed modestly lower on the week. Volume was predictably light because of the New Year’s holiday.

On Friday, about 5.3 billion shares changed hands on U.S. exchanges, 11% below the 30-day average, according to Bloomberg data. While the Friday’s losses were easier to digest than Thursday, 2014 is the first time since 2005 that U.S. stocks opened a new year with two consecutive down days. The good news is that in 2005, the S&P 500 was able to post a modest gain.

A modest beginning to 2014 for Micro-cap Stocks

It was a somewhat lethargic week for small and micro-cap stocks with mixed signs of a legitimate January Effect, the scenario where small-caps lead the market higher in January and the broader market finishes higher for the year. To start the year, the iShares Russell Microcap (NYSE: IWC) posted a small gain of 0.05% on the week while the Guggenheim Wilshire Micro-Cap ETF (NYSE: WMCR) gained 0.41%.

China and the Micro-cap Sector led the 2013 parade

The NASDAQ Golden Dragon China Index (^HXC) lead all of the indexes we report on with a whopping 58.95% gain for 2013. Admittedly, 2011 and 2012 were not kind to China stocks and the Index was starting from a, shall we say, compressed position, but it made a spectacular comeback.

In second place was the Guggenheim Wilshire Micro-Cap ETF, which sported a 46.16% yearly gain… the Russell MicroCap ETF snagged third place with a 43.58% gain.

Since this is a micro-cap stock newsletter, let’s just say that we kicked some serious “tush” this year. As in the ZZ Top variety.

For the week… all of the indexes/ETFs we cover, except the Russell Micro, were flashing red numbers across the board. The major indexes were led by the DJIA that only dropped 0.05%.

Although it was a short week, traders and investors still had a few important economic data points to chew on.

On Thursday, the Institute for Supply Management’s manufacturing index showed a reading of 57. Readings above 50 indicate expansion. New orders and production, the index’s most important components, each topped 60.

Also on Thursday, the Census Bureau provided another sign the U.S. economy, the world’s largest, is gaining steam when it said construction spending rose one percent in November. Economists were expecting an increase of 0.7 percent.

The Labor Department reported that first-time claims for unemployment benefits dropped a tad to 339,000 for the week ending Dec. 28, 2013. The four-week average for claims, however, nudged up to 357,250 on upward revisions to prior data, according to the Miami Herald.

Those are certainly some strong data points and investors will have more to digest in the week ahead when the Labor Department delivers the December jobs report on Friday. However, it can, perhaps, or should be viewed as a disappointment (take your pick) that stocks did not react more favorably to what was a sturdy batch of data.

Rumors, headlines or actual facts… didn’t knock investors off the course they chose for 2013. Budget cuts, government defaults, stimulus scale-backs, international rumblings all just seemed to be taken in stride and the markets turned in what will be a “hard to duplicate” performance.

2014 could be a very interesting year if the side-line watchers decide they missed the 2013 boat but are determined not to miss the 2014 version. If the almost $500 billion that came out of stocks during this bull run finds its way into the markets, then look out for what Steve Rothwell of the Associated Press called a “melt-up.” Which as he said, almost always leads to a “melt-down.”

However, there are different points of view too. In a NY Times article, Abby Joseph Cohen of Goldman Sachs and Bill Miller of Legg Mason, said another year of double-digit returns would not shock them. You can read the entire article here: http://www.nytimes.com/2014/01/04/business/2014-is-looking-a-lot-like-2013.html?_r=0

Believe it or not, small- and micro-cap gold and silver miners posted exceptional gains in the just completed week. The Market Vectors Junior Gold Miners ETF (NYSE: GDXJ) and the PureFunds ISE Junior Silver Miners ETF (NYSE: SILJ), both of which are home to plenty of micro-caps, each gained about 9%.

Also worth noting is that January is often a strong month for the biotechnology sector because two major industry conferences take place in the middle of the month and that could be an upside catalyst for micro-cap health care names.

Micro-cap financials are also worth considering because it seems to be a foregone conclusion that Treasury yields will rise this year.