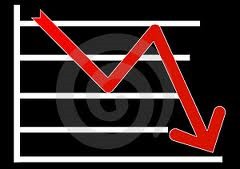 Micro-Cap Market Report: September 2, 2013 – As we warned at the start of the month, August is usually unkind to the bulls and that is exactly how the just completed month played. August 2013 was the worst month for stocks since May 2012. Micro-caps, small-caps and big-caps all suffered. For the week, the S&P 500 lost 1.9 percent while the Dow Jones Industrial lost about 1.4 percent. It was also the Dow’s worst monthly performance since May 2012 with just one of the index’s 30 stocks finishing higher on the month. The Nasdaq Composite lost nearly two percent last week.

Mixed economic data and fears over a U.S. strike against Syria were among the catalysts that dragged stocks lower last week. And of course the Federal Reserve loomed large as speculation has intensified that the central bank will move to taper its asset-buying program as soon as September. That could hinder near-term upside because September is historically the worst month of the year for stocks and traders usually need no other reason to sell during the nine month of the year, let alone Fed tapering.

Micro-caps give back some of their hard-earned gains

Amid a week of reduced risk appetite, it was not surprising to see micro-caps struggle a bit. The iShares Russell Microcap (NYSE: IWC) lost nearly 2.3 percent while the Guggenheim Wilshire Micro-Cap ETF (NYSE: WMCR) fell 1.8 percent.

In economic news, single family home prices in 20 U.S. metropolitan areas rose 0.9% in June after a 1% May increase, according to the S&P/Case-Shiller Home Price Index. Las Vegas and San Francisco led the gains, but 13 of 20 cities saw gains in prices slow on a month-over-month basis.

On Wednesday, the National Association of Realtors said that its pending sales index fell for July 1.3% from June. That is the second straight monthly drop. The pending home sales index was 109.5 last month. A reading of 100 is considered average or normal.

On Thursday, the U.S. Commerce Department said U.S. GDP grew 2.5% in the second quarter, well above the initial reading that showed growth of 1.7%. Economists expected the revision to show growth of 2.2%. Consumer spending grew 1.8% after rising 2.3% in the first quarter.

That amounts to a pretty good batch of data points, particularly the GDP and jobless claims. Unfortunately, in the perverse world of quantitative easing, good economic news is not always good for stocks as it is now apparent that the Fed has the wiggle room to imminently taper.

It was a sea of RED across the board

Every sector was down… and it’s not really hard to figure out why. Egypt, Syria, Fed Tapering, Japan, emerging market uncertainty to name a few… a fitting end to a summer that limped thru to September.

CNBC as reported on Yahoo had a laundry list of reasons why summer barely held its own… which all in all, may not have been a bad result for the summer doldrums when you consider the following:

1) the Federal Reserve’s announcement that it would likely begin tapering its bond buying program, and end it completely by mid-2014;

3) outflows of capital from emerging markets which have resulted in a severe currency crisis in several countries, notably India (and Greece, which is now considered an “emerging market”!)

4) a slow descent into chaos in the Middle East, thanks to Egypt and Syria;

5) some signs that economic growth was resuming in China after a summer of uncertainty and multi-year lows in the Chinese stock market;

7) economic news that has been choppy at best , with early indications that second half growth will not be as strong as expected;

8) record earnings with no revenue growth.

As Bob Pisani reported: “Disappointed? Not me. That’s not bad, considering it [the market] was up almost 15 percent going into Memorial Day already. Heck, I think being flat is a victory considering all the things markets have had to absorb.”

Although the week ahead is just a four-day week, it promises to be long on excitement with the August jobs report due out Friday. Deutsche Bank economists said that if the payrolls figure exceeds 190,000 and the unemployment rate falls to 7.3 percent, they expect the Fed will start cutting bond purchases, according to Reuters.

That could lead to a rise in the U.S. dollar, which would likely pressure micro-caps gold and silver miners. The ensuing rise in interest rates would likely pressure some micro-cap financials, utilities and telecom names. That takes us back to the familiar theme of health and discretionary names looking like the most attractive members of the micro-cap lot at the moment.