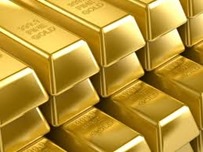 Micro-Cap Market Report: August 19, 2013 – Not to belabor the point, but we have previously cautioned that August can be a glum month for stocks; micro-cap sector included. That seasonal trend is playing out this year as U.S. stocks just posted their worst weekly loss of 2013 due to disappointing retail sector earnings and a spike in U.S. Treasury yields that caused a sell-off in some dividend sectors.

For the week, the S&P 500 and the Dow Jones Industrial Average each lost over 2% while the NASDAQ Composite was only mildly better by comparison with a loss of 1.6%. Few sectors were immune from the carnage, though it is a good thing there are few micro-cap utilities and telecoms to pick from because those rate-sensitive sectors were particularly egregious offenders due to the aforementioned interest rate spike.

Clearly, risk appetite was limited for the week and that weighed on micro-cap stocks as a group. The iShares Russell Microcap ETF (NYSE: IWC) lost almost 2.1% on the week while the Guggenheim Wilshire Micro-Cap ETF (NYSE: WMCR) slipped 2.4%. Both came to rest at critical support levels and that is worth noting heading into next week.

In economic news, the Labor Department said producer prices were flat last month, indicating little in the way of inflationary pressures in the world’s largest economy. Core prices increased 0.1% last month, below the 0.2% increase analysts expected. Year-over-year, the producer’s price index was up 1.2%.

The New York Federal Reserve said its Empire State general business conditions index fell to 8.24 from 9.46 in July. Economists expected a reading of 10. Readings above zero indicate expansion. But labor market conditions improved, with the index for the number of employees climbing to 10.84 from 3.26. The average employee workweek index jumped to 4.82 from minus 7.61, according to Reuters.

And on Friday, the Thomson Reuters/University of Michigan’s preliminary reading on the overall index on consumer sentiment for August fell to 80 from 85.1 in July. The August reading was the worst in four months.

Friday’s consumer sentiment number was viewed as particularly concerning. While still strong, it indicates the formerly ebullient U.S. consumer may be ready to start socking some money away and that could lead to some downside for now richly valued micro-cap discretionary stocks.

All the major stock indexes we follow showed a lot of weakness during the last few weeks and definite signs of rolling over for the remaining dog days of summer.  Weak economic data, higher interest rates, wide-spread talk of Fed Tapering and choppy earnings reports all have contributed to the downward trend for stocks.

The red numbers on the above chart pretty much tell the story. The only bright spot was the NASDAQ Golden Dragon China Index, which continues to reward those investors that have stuck with the China-based stocks trading here in the US. YTD gains of 31.26% validate their support.

Given the events of the just-completed week, it is hard to get excited about the market. However, there is at least one area of the micro-cap universe of where a stunning and profitable reversal of fortune has taken place: Precious metals miners. The Market Vectors Junior Gold Miners ETF (NYSE: GDXJ) has gained over 25% in the last 10 days… however it’s still 52% below a 52-week high, which is worth noting.

Gold, silver and the miners themselves are on fire and while the miners look a tad overbought, they are coming off a low base. Plus, metals prices have further to run indicating more upside can be had with micro-cap miners.