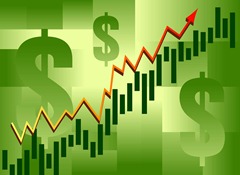 As we have previously noted in this space, investing in micro-cap stocks can be a double-edged sword for many investors. There is the allure of rapid short-term, high percentage gains with low-priced stocks (many with price tags under $1, some in the sub-penny range, but we rarely go there). Then there is the obvious concern about pump-and-dump hucksters that merely want to inflate the price of a stock for a few days. They run off with their profits while unsuspecting investors are left holding the bag.

Even the Securities and Exchange Commission says the following: “In the battle against microcap fraud, the SEC has toughened its rules and taken actions against wrongdoers, but we can’t stop every microcap fraud.”

Russell 2000 is a Good Benchmark

That may sound ominous, but those words should not be a deterrent from the micro-cap space at large. In fact, micro-caps have more utility than they are given credit for. Consider this: While the Russell 2000 isn’t often viewed as a “major” U.S. stock index in the same vein as the S&P 500 or Dow Jones Industrial Average, the Russell 2000 is extremely useful for measuring the level of risk appetite currently at play in the broader market.

Since micro-caps and small-caps are higher-beta securities, meaning their moves in either direction tend to be more exaggerated than those of large-cap stocks, the Russell 2000 serves as an excellent measuring stick for just how much risk professional money managers are willing to take on. Same goes for micro-caps, maybe even more so.

A lot of fund managers cannot purchase individual stocks trading below $5 and many cannot even go below the $10 mark, so that keeps them out of many specific micro-cap names. However, those price barriers do NOT keep the smart money crowd out of the micro-cap game altogether. This is where the utility of the microcap ETFs we’ve highlighted over the past month comes into play. Said differently, if a fund manager wants to get into the micro-cap game, he’s likely to do so with an ETF like the iShares Russell Microcap Index Fund (NYSE: IWC) because the $5 or $10 share price isn’t an issue here.

Now, how can you use an ETF like the iShares Russell Microcap Index Fund to make better trading decisions this year? The good news is you don’t even have to own this ETF or one like it if you don’t want to, though owning an ETF like IWC does help alleviate the stock-picking burden.

All you need to do is keep an eye on funds like IWC and the PowerShares Zacks Micro Cap ETF (NYSE: PZI). Just as two examples, IWC and PZI have sharply outperformed the S&P 500 thus far in 2012. IWC has even eked a better gain than the iShares Russell 2000 Index Fund (NYSE: IWM). What does that free information tell us? It tells us that the market’s bullish ways are being driven by a return to riskier assets, such as micro-caps.

The simple translation is that micro-caps, despite their diminutive stature, are a market leadership whether or not the large-cap pundits want to acknowledge it. In fact, small stocks in general have an average correlation with the S&P 500 of 0.74 between 1952 and 2004; micro-caps have an even lower correlation of 0.66. This means that they offer diversification benefits, according to James O’Shaughnessy. If you want to read some of Mr. O’Shaughnessy’s earlier work on micro and small cap stocks, click on this link: http://www.stockscreening101.com/tiny-titans.html

Indeed, it is wise to let micro-caps be your guide in terms of determining the market’s next move.