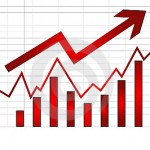 While it’s a good idea for those new to the micro-cap universe to begin by focusing on the micro-cap opportunities available in the U.S., seasoned veterans know there is much more to investing in this asset class than U.S.-based companies. Of course the caveat is “If you thought stock-picking among U.S. micro-caps was tricky, wait until you try doing it on an international basis.”

There is some truth to that, but it should not serve as a deterrent to investors looking for a little international flavor within the micro-cap portion of their portfolios. Most investors know two things about micro-caps: They can be risky, but they are also loaded with too much profit potential to be ignored. And that’s the case regardless of where a company calls home. After all…here is a key point:

Small and micro cap publicly-listed foreign companies represent 90% of the investing universe in emerging markets, according to TopForeignStocks.com.

With that, let’s have a look at some countries outside the U.S. where astute investors can find winning micro-cap plays.

Our neighbor to the north is loaded with micro-cap opportunities, many of which are listed in both Canada and the U.S. Not surprisingly, the bulk of Canada’s microcaps can be classified as energy or resources companies, but there are some in other sectors, including technology. One fine example is Poynt Corp. (TSX.V: PYN; OTCQX: PYNTF), the maker of apps for smartphones. Those looking for an ETF that has a few Canadian micro-caps should check out the IndexIQ Canada Small Cap ETF (NYSE: CNDA), which his heavy on energy and resources stocks.

Like Canada, Australia is a developed market economy that is safe, reliable and not prone to political volatility. Those are all good things when it comes to micro-cap investing. And like Canada, Australia is also a commodities-driven economy. When it comes to Australian micro-caps, expect to find plenty of mining companies among them. There is an ETF to help you in your quest for Australian small-caps and micro-caps and it is the IndexIQ Australia Small Cap ETF (NYSE: KROO).

Singapore is basically a developed market in an area of the world where it’s surrounded by a bunch of emerging markets. It is that proximity to emerging markets like China, Thailand, Malaysia and others that make Singapore a relevant international destination for your investment dollars, regardless of cap spectrum. Finding individual Singaporean micro-caps is tricky for U.S. investors, but the asset class can be accessed a little bit through the newly minted iShares MSCI Singapore Small Cap Index Fund (NYSE: EWSS).

Of the four countries that have appeared on this list thus far, Russia is the most commodities-dependent and also far and away the riskiest for international investors large and small. Investing in Russian large-caps can be almost as treacherous as a Russian winter, so the micro- and small-caps aren’t exactly a walk in the park. Should emerging markets continue their rebound in 2012, Russian small-caps from the energy sector should be solid performers. Try the Market Vectors Russia Small-Cap ETF (NYSE: RSXJ) as a way of getting involved with Russia’s small stocks.

As we have previously noted, some small Chinese stocks are great opportunities…others, not so much. There are hundreds of small Chinese stocks to choose from and more available to U.S. investors than any other country on our list besides Canada. The rules to live by with Chinese micro-caps are as followers: Don’t invest in the company if there is little to no data in the public domain on the company or if it has been the subject of spurious accusations by short-selling research firms.

Next, unless the company is legitimately profitable, and not run by the government don’t turn a trade into an investment.