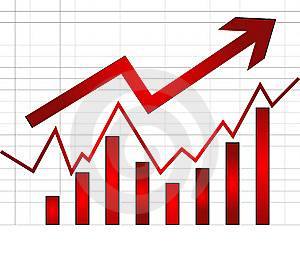 Top Sectors for Small-Caps and Micro-Caps in 2012

One of the biggest problems plaguing investors that are on the hunt for the best opportunities in the small-cap and micro-cap landscapes is stock-picking. To be sure, stock-picking among companies for which there is little to no analyst coverage and scant public information can be a trying endeavor. Is it possible to scour the small-cap and micro-cap arenas for hours upon hours and still not come up with stocks that are worth your hard-earned money? You bet it is.

Fortunately, there is some good news and it actually starts with correcting a common mistake investors make in the search for the best small stocks. Don’t start with stock-picking! Rather, the road map to riches with small and micro-cap stocks starts with proper sector identification and that’s something any investor, even rookies, can engage in and execute properly.

A rising tide lifts all boats!

One of the things that makes sector identification a great stock-picking tool is the theory that “a rising tide lifts all boats.” What we mean is that if several big-name stocks in a given sector are performing well, the market starts turning to the sector’s other constituents to look for the next big thing.

Now that doesn’t mean just because Apple (Nasdaq: AAPL) is going up that ALL tech stocks are going up. However, leadership among a sector’s most recognizable names often trickles down to the less popular members of the group.

With that, let’s look at some of the top sectors and industry groups that are home to myriad opportunities with small-caps and micro-caps in 2012. In no particular order…

No, including financial services stocks on this list is not an endorsement of the sector at large and it’s certainly not a bullish call on big money center bank stocks like Bank of America (NYSE: BAC) and Citigroup (NYSE: C). However, it should be noted that small-caps are easily the best way to play the financial services sector at this juncture. It’s not even debatable.

You’ve probably heard of the Financial Select Sector SPDR (NYSE: XLF). That’s the biggest ETF tracking the largest U.S. bank stocks. XLF is down almost 17% in the past year, but its small-cap equivalent, the PowerShares S&P SmallCap Financials ETF (Nasdaq: PSCF) is up over 3% during the same time. So if you’re going to dance with financials this year, do it with PSCF.

The energy sector has always been a prime destination for investors looking to score big with small-caps and mid-caps. Unfortunately, the flip side of that coin is there is a lot of speculative fare when it comes to uncovered and unknown energy stocks. The good news is there are also plenty of legitimate small, unheard of publicly traded companies operating in the oil and natural gas businesses.

Yes, it could be a good year to own mega-cap oil names like Chevron (NYSE: CVX) or ConocoPhillips (NYSE: COP), but if oil prices are up and those stocks are moving higher, you can bet there are some small-cap energy names that are outperforming the big boys…big time.

Plus, as these smaller energy firms make real discoveries and bolster their proven reserves, they become legitimate acquisition targets.

Materials and energy stocks are considered to be different sectors, as they should be, though the two sectors share plenty in common. When it comes to the undiscovered companies in these groups, there are plenty of speculative names, but there’s also a lot of profit potential.

When it comes to the small- and micro-cap plays in the materials space in 2012, an emphasis should be placed on scouting for gold and silver miners, rare earths producers, companies that operate uranium mines and strategic or critical metals companies.

One such critical metals company that we recently have covered on these pages is American Manganese, Inc. (TSX-V: AMY; PINKS: AMYZF; FRANK: 2AM) which is capitalizing on a unique opportunity to develop metals crucial to the steel industry. The Company is focused on producing manganese, particularly at its Arizona Artillery Peak Property, which contains the largest known manganese deposits in the Southwest US.

As we reported recently, AMY could become the only US based producer and potentially the lowest cost producer of electrolytic manganese metal (EMM) in the world at $0.44/lb; compared to China, which is currently the world’s largest exporter at $0.98/lb. That is a huge price advantage the Company intends to fully exploit.

Small companies with increasing gold and silver production (and you can separate gold and silver into two separate sub-categories…they don’t have to be joined at the hip) and those they are sitting on bountiful reserves of those precious metals could make for ideal takeover targets in the New Year.

A small-cap gem that our staff first covered in late October 2008 when it traded down around $0.20 is SilverCrest Mines Inc. (TSX-V: SVL; OTCQX: STVZF), a Mexican precious metals producer with headquarters based in Vancouver, BC. As the company reported in a recent press release, “SilverCrest’s flagship property is the 100%-owned Santa Elena Mine, which is located 150 km northeast of Hermosillo, near Banamichi in the State of Sonora, México.

“The mine is a high-grade, epithermal gold and silver producer, with an estimated life of mine cash cost of US$8 per ounce of silver equivalent (55:1 Ag:Au). SilverCrest anticipates that the 2,500 tonnes per day facility should recover approximately 4,805,000 ounces of silver and 179,000 ounces of gold over the 6.5 year life of the open pit phase of the Santa Elena Mine. A three year expansion plan is underway to double metals production at the Santa Elena Mine and exploration programs are rapidly advancing the definition of a large polymetallic deposit at the La Joya property in Durango, Mexico.”

To cite an old ad slogan…”You’ve come a long way baby!” is a gross understatement. At a closing price of $2.25, that’s a gain of over 1,000%. Any early readers who held their SVL stock have been bragging at the water cooler for sure.

The healthcare space has no shortage of interesting small stocks and within this universe, we are including biotech stocks. Biotech stocks can be a traders best friend because a fair amount of the small-caps in this sector are working on BIG drugs and the fortunes of those companies usually hang in the balance of FDA approvals

Beyond biotech names, there are also plenty of small and micro-cap medical device makers that can also be great stocks for traders because those names will also be moved in either direction by FDA news. Either way, the healthcare sector has a reputation for being conservative, but when you get into the small-caps and micro-caps, you’ll find more volatility and more opportunities for big percentage moves.

Be a sector hunter. Stalk the big names and buy the small-caps if you want to leverage your efforts and pump up that portfolio.