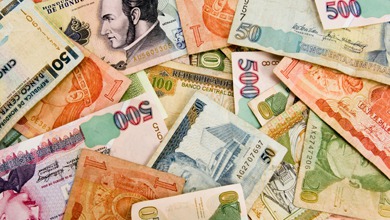 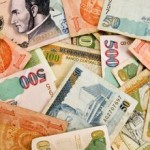 Investors not living under a rock by now know that 2011 has been trying, to say the least, regarding investing in emerging markets. A theme that worked so well for the bulk of 2010 was broken in 2011 for a variety of reasons. The European sovereign debt crisis is an easy, but legitimate excuse for the ills of emerging markets in 2011, but there’s more to the story than that.

Inflation became the new negative buzzword for the major emerging economies. Brazil tried a scorched-earth campaign of interest rate increases that dates back to 2010 with little effectiveness. India has been wracked by inflation and its own attempts to stem rising prices through interest increases have proven futile. China has shown itself to be only moderately more successful after throwing everything but the kitchen sink at inflation in 2011.

The returns offered by the largest ETFs following the BRIC nations (Brazil, Russia, India and China) are all worse. In fact, the WisdomTree India Earnings ETF (NYSE: EPI) is down about 40% year-to-date while the Market Vectors Russia ETF (NYSE: RSX) is off nearly 30%. That makes the 20% drop by the largest China-specific ETF seem alright.

Not surprisingly, the combination of small-caps and emerging markets has been a toxic one in 2011. Name almost any emerging markets small-cap stock or ETF devoted to small-caps and there’s an excellent chance that security is down on the year. As far as ETFs go, the bad news extends beyond negative returns. Just days before Christmas, two different ETF issuers announced they would close a combined three ETFs devoted to small-caps in the following countries: Hong Kong, Mexico and Taiwan.

There are two ETFs devoted to Indian small-caps, but choosing between the two in 2011 would have been a "pick your poison" proposition as one of the ETFs is down 47.4% while the other has plunged roughly 55%.

The returns aren’t as bad for the comparable Brazil and China small-cap ETFs, but those numbers are far from anything to write home about.

From a fundamental standpoint, both large- and small-cap equities across many emerging markets now sport compelling valuations with some even flirting with multi-year lows. That’s the first fundamental argument. The second is with Europe being a mess that may not be solved for years and the U.S. still sporting lethargic growth rates, investors are almost forced to consider emerging markets if they want exposure to growth.

Believe it or not for 2012, Russia as represented by the Market Vectors Russia ETF is really worth a look. Some investors tend to forget that Russia, though it isn’t an OPEC member, is the world’s largest oil producer, not Saudi Arabia. In other words, oil prices at $100 per barrel or higher are great for the Russian economy. Small-cap investors should have a look at the newly coined Market Vectors Russia Small-Cap ETF (NYSE: RSXJ).

As we noted, the plunge in Indian stocks has brought about historically cheap valuations and those looking for small-cap exposure to the world’s second-fastest growing major economy should look at the EGShares India Small Cap ETF (NYSE: SCIN). The ETF is now basically a no expiration date call option on a rebound in Indian stocks.

Investors looking for Brazil and China small-cap plays would do well to stick with the basics of the Market Vectors Brazil ETF (NYSE: BRF) and the Guggenheim China Small-Cap ETF (NYSE: HAO).

With a current dividend yield of almost 4.3%, the WisdomTree Emerging Markets Dividend ETF (NYSE: DGS) is an emerging markets play for income investors.  The ETF’s heavy allocation to Thailand could prove as useful in 2012 as it did in 2010 when Thai stocks surged. Arguably, investors are not yet fully appreciating how strong Thai stocks could be in 2012 and a yield over 4% on DGS is far better than what you’d get stashing cash in Treasuries.

Investors that prefer an emerging market that has plenty of developed market traits (in a positive way) might like the IndexIQ South Korea Small-Cap ETF (NYSE: SKOR), an ETF that is heavy in tech stocks and one that has held up relatively well in 2012.

Additionally, the good news regarding all of these ETFs is that small-caps have a tendency to deliver strong returns in January, something that is known as the January Effect. So instead of Christmas shopping, maybe it’s time to shop for emerging markets small-caps.